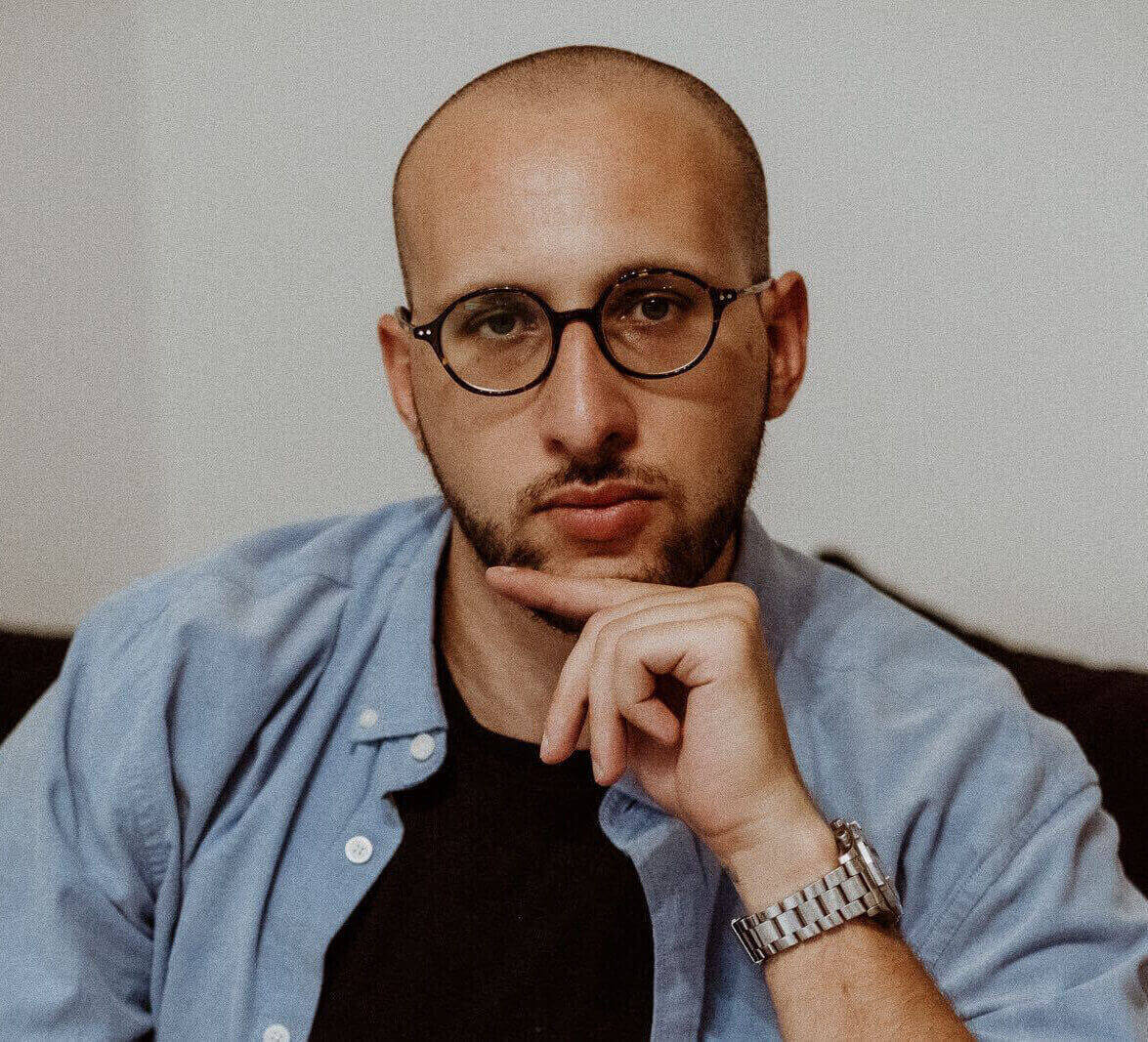 Social Media is Dead: From Connection to Consumption 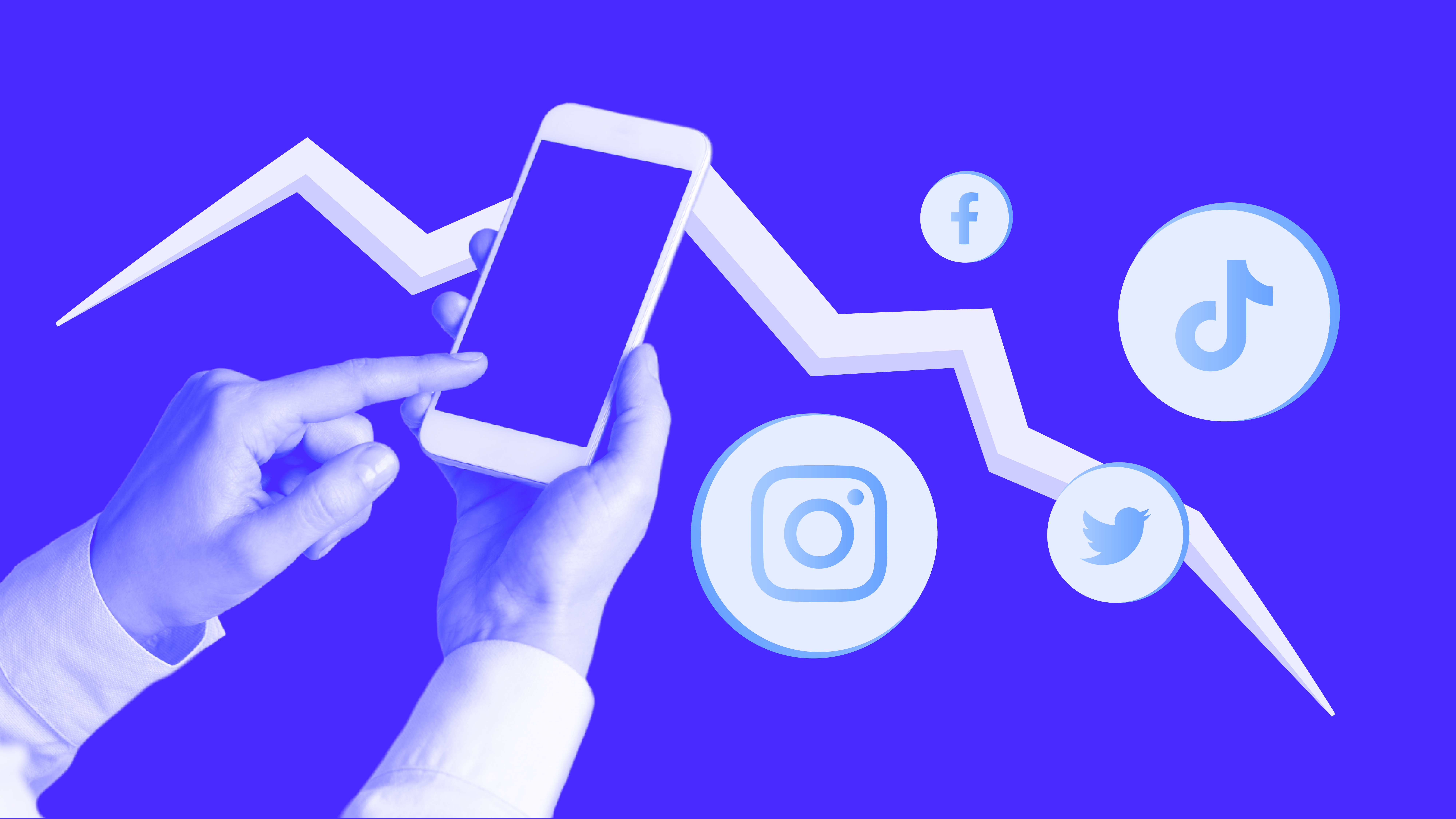 Is social media dying? Social media has increasingly become a platform for passive consumption rather than an active connection medium. People now spend their time scrolling through feeds and content that others have created rather than actively engaging in conversations or creating content themselves. This shift has profoundly impacted the social media landscape — it’s made it harder to find meaningful connections online and less satisfying overall.

In addition to changing the nature of our interactions with social media, this shift toward consumption has also caused people to interact with one another in a more superficial way.

Rather than engaging in deep conversations or thoughtful exchanges, users are more likely to skim over posts or quickly scroll through stories without leaving any meaningful response. The focus is on speed and quantity, not quality.

The power of social media lies in its ability to connect us and give us a voice. We can use it to share ideas, start conversations, and build relationships. Let’s not forget this and make sure that we’re using our platforms for the betterment of ourselves, our communities, and the world. Social media is also a great entertainment platform. It allows us to stay up-to-date with the latest news, watch movies and shows, listen to music, and more.

This shift toward passive consumption has led to the rise of the “content discovery model”, where users are presented with content that is tailored to their preferences. Content is served up based on algorithms instead of user-generated posts or interactions.

This means that users are more likely to be exposed to content that aligns with their interests, rather than content they didn’t know was available. While this model can be beneficial in that it helps users find new and relevant content, it also has a tendency to limit the range of ideas and perspectives they are exposed to.

The Death of Conversation

As we move away from an active connection culture and toward one of passive consumption, conversations between users have become increasingly infrequent. While there are still meaningful connections to be made on social media platforms, these tend to happen less and less frequently as people lose the incentive to engage in dialogue with one another.

As a result, people are more likely to perceive social media as a place for consuming content rather than creating it. This shift has caused social media to become overrun with content that is created by digital influencers, brands, and even automated bots — rather than content generated by users themselves.

Meeting People Where They Are

As social media has become increasingly focused on consumption, it’s important to remember that the people we interact with online are still human beings. We must find ways to meet them where they are and create deeper connections. This could involve engaging in meaningful conversations or creating content that resonates with your audience. By focusing on creating genuine connections, you’ll be able to build a more meaningful relationship with your community — one based on trust and mutual understanding.

Platforms Will Adapt and Evolve, Not Go Away

It's true that the social media landscape has changed dramatically since its inception, and it will continue to evolve as platforms look for ways to make the experience more engaging and meaningful. While it’s unlikely that social media will ever go away completely, we can expect to see some major shifts in the way people interact with one another online.

As users become savvier about their interaction with social media, they’ll demand more from the platforms they use. They’ll want better tools to connect with one another and create content that resonates with their audiences.

Aligning With Values That Are Good For The World

Social media should be used to make the world a better place — not as a vehicle for shallow, superficial interactions. We must use our platforms to create meaningful connections and meaningful content that benefits ourselves, our communities, and the world at large. By aligning with values that are good for the world, we can ensure that social media is used responsibly and positively.

At its heart, social media should still be about connection. Despite the transition from active participation to passive consumption, the power of human connection remains intact. Let’s use this medium to bring people closer together instead of further apart. Let’s foster dialogue and understanding rather than apathy and ignorance. Together, we can create a more connected future for everyone.

The trend toward consuming more content has also led to a dramatic increase in the number of people who are addicted to social media. They’re spending hours upon hours each day scrolling through feeds and stories without taking any time for themselves or engaging in meaningful activities offline. This type of behavior can have serious implications for mental health, as it often leads to feelings of anxiety, depression, and loneliness.

There’s an inherent problem with using social media as a platform for consumption: It creates a false sense of connection. People tend to think that following someone on Instagram or liking their posts is the same as actually having a relationship with them — but that simply isn’t true. Real relationships involve authentic engagement and dialogue, which are virtually impossible to experience through social media.

At the end of the day, it’s clear that our reliance on social media as a means of consumption has had a detrimental effect on our ability to connect with one another — both online and in real life. If we want to reclaim its original purpose of fostering meaningful connections, then it’s time to shift away from the mentality of consuming content and start actively engaging with each other.

Ultimately, social media isn’t dead — it just needs to evolve from being a platform for passive consumption into something more active and engaging. With the right approach, we can all make better use of this powerful tool and create meaningful relationships online.

As social media platforms continue to evolve, it’s important for users to remain cognizant of the impact their actions have on the people and content they’re interacting with. We should strive to use our platforms for positive, productive conversations that foster connection and understanding.

By shifting away from consumption and toward genuine engagement, we can ensure that social media remains a powerful tool for connecting people around the world and making the world a better place.

By doing this, not only will social media remain relevant, but it will become an even more powerful tool for meaningful interactions. As technology continues to advance, so too must our approach to using social media — and how we create relationships online. Let’s use it in ways that lift each other up instead of tearing each other down — then we can truly say that social media is alive again.

Get Updates every Week!

Thank you! Your submission has been received!
Oops! Something went wrong while submitting the form. 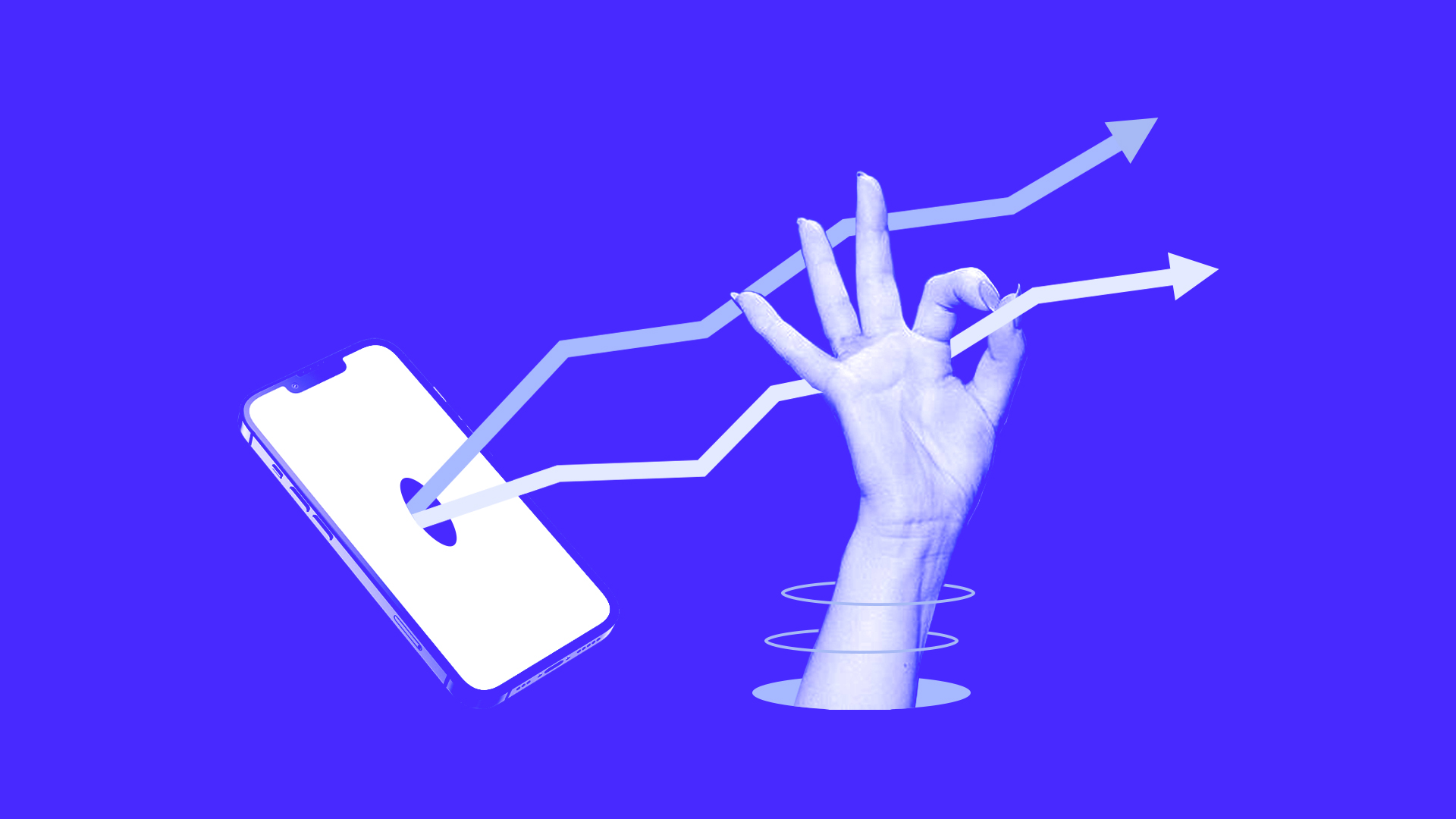 In this article, you will learn 5 ways to increase organic reach & engagement on social media to help your business reach new levels of success.
7 mins
Social Media
Awards 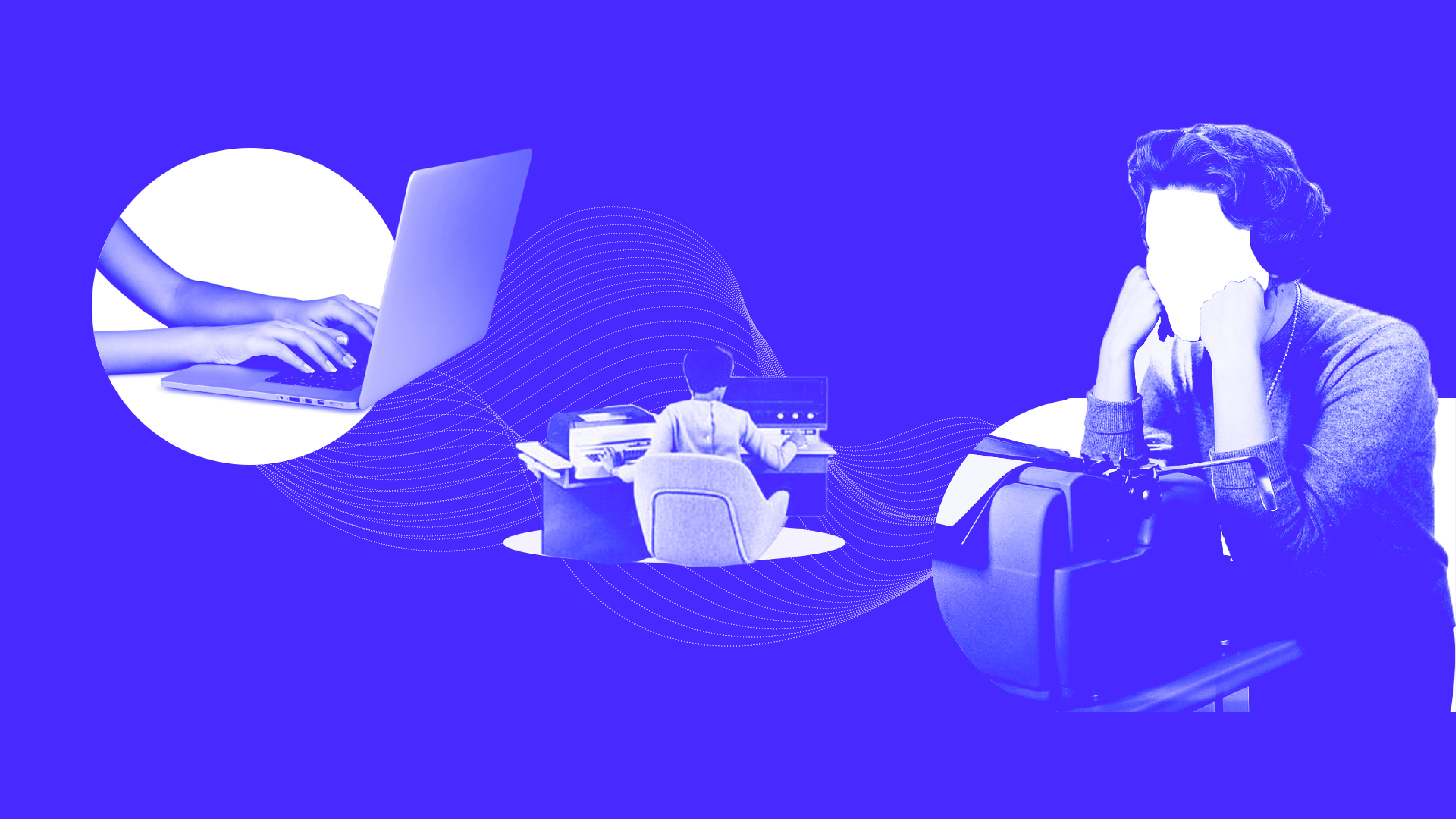 Why Blogging is so Important in Any Digital Marketing Strategy

The creation of relevant content for visitors and existing customers is one of the most important benefits of blogging.
5 mins
Marketing
Awards

Social Media is Dead: From Connection to Consumption

Social media has evolved from a space for connection and engagement to a one-way stream of content consumption. Here's why that matters for your business.
Marketing
Awards
Read our blog
Get a free consultation